For comparison, our research shows the median Zestimate error rate across the whole Tri-Cities is 5.6 percent. Seattle’s median error rate is 2.2 percent and Portland’s is 1.5 percent, according to Zillow’s own tracking. 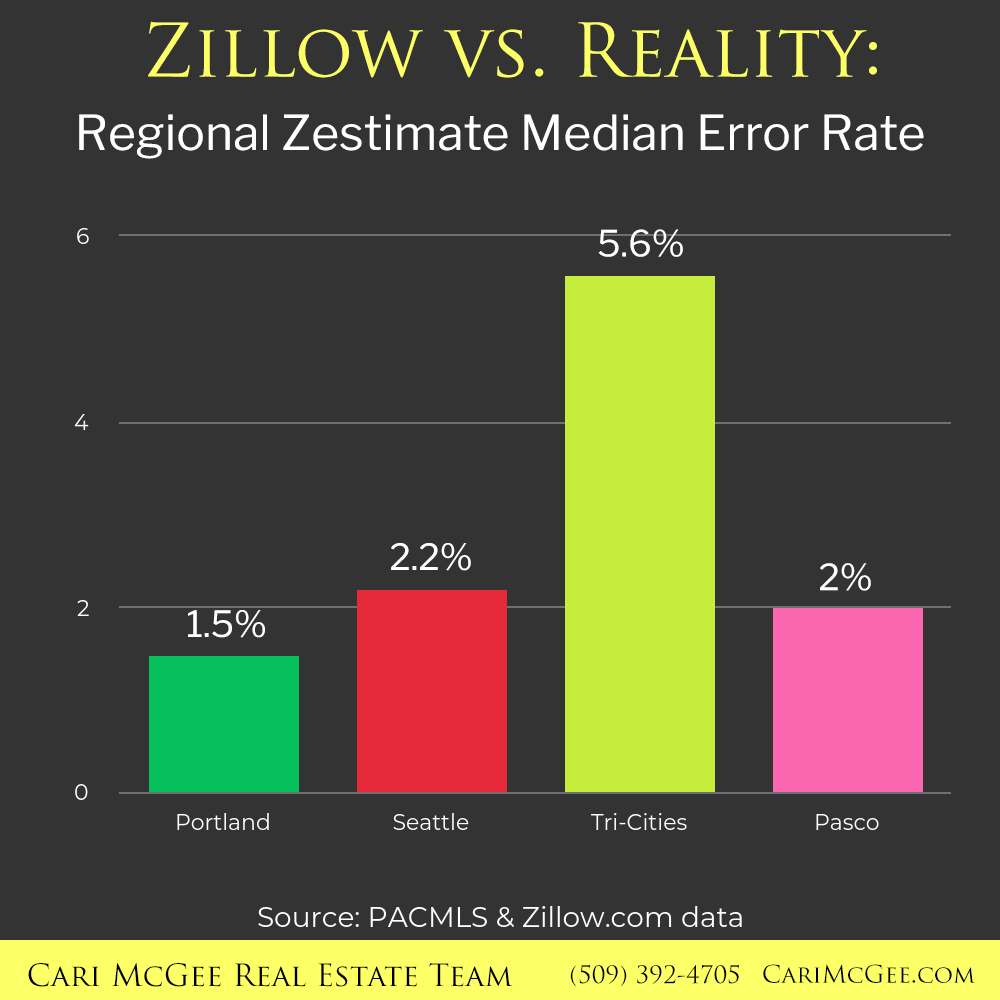 Are Pasco Zestimates Too High or Too Low? 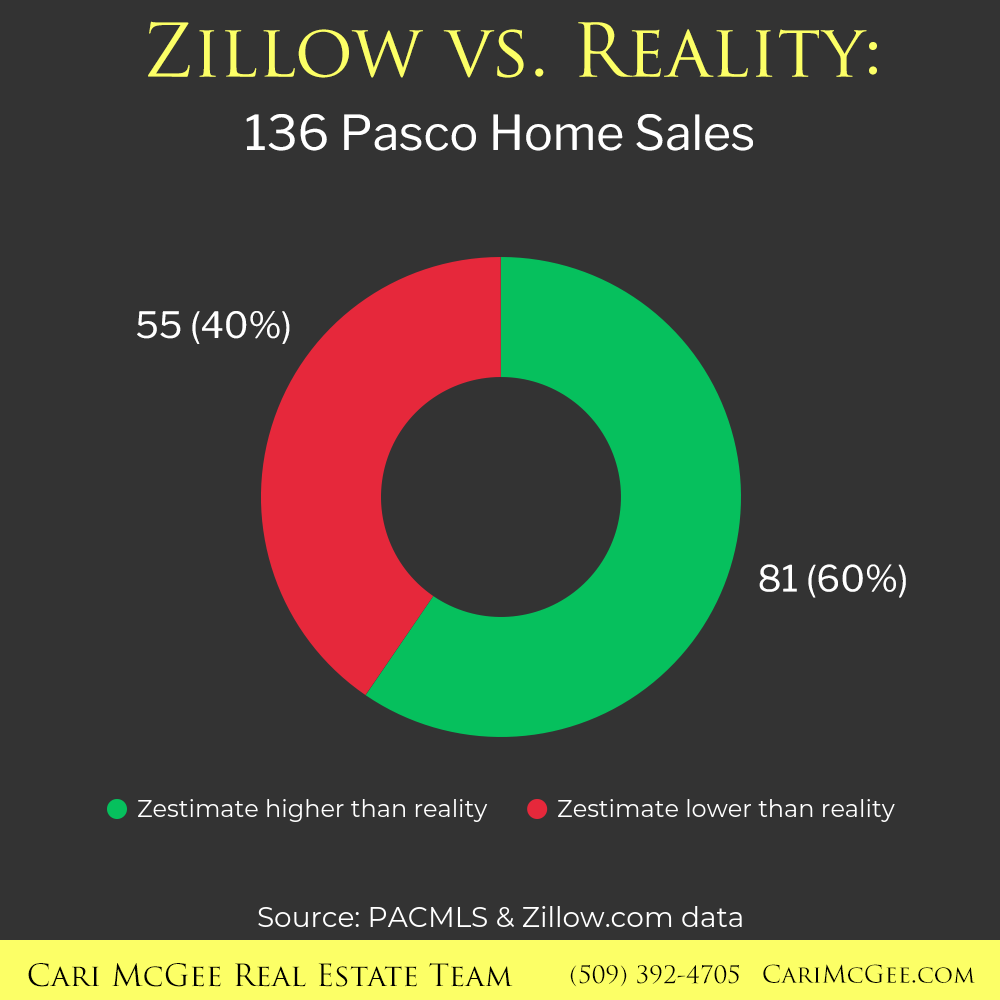 On its website, Zillow measures how many Zestimates are more than 5, 10 and 20 percent wrong. We’ve done the same thing with our Pasco data.

19 percent of all Pasco Zestimates were off by 5 percent or more. 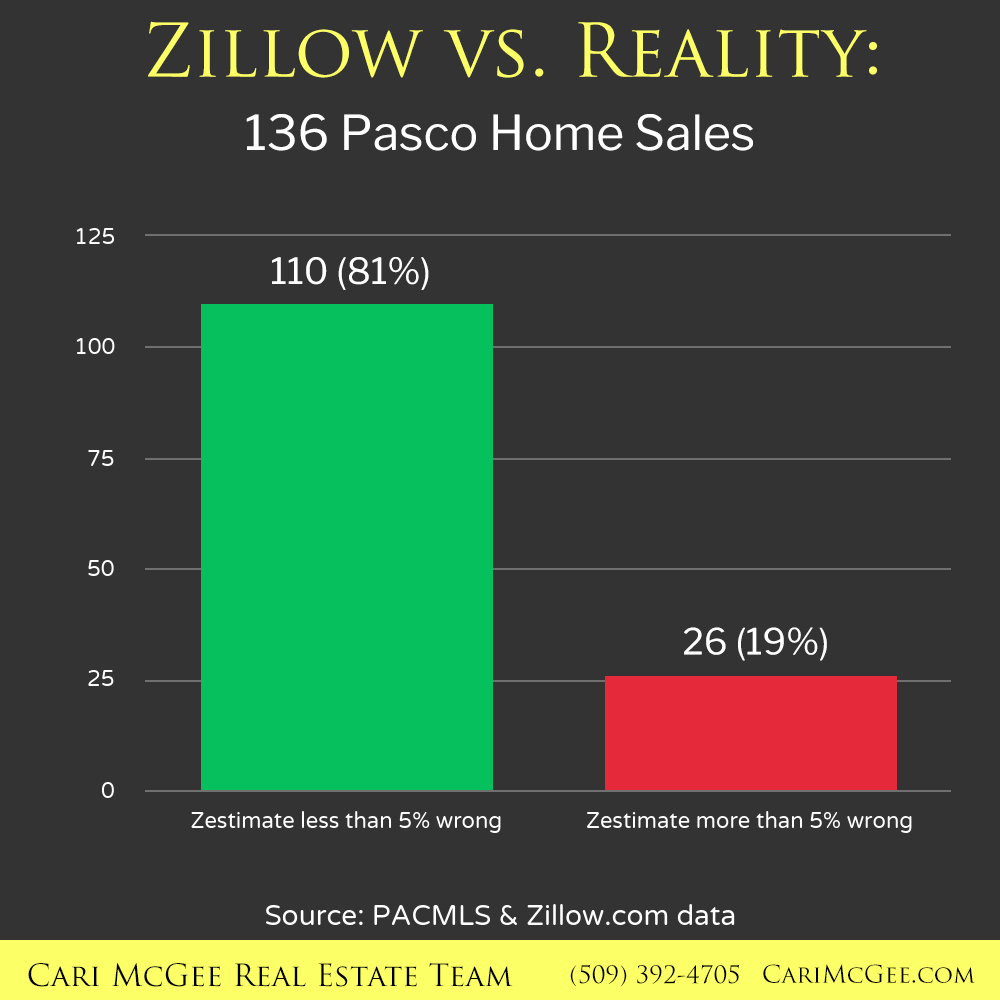 7 percent of all Pasco Zestimates were at least 10 percent off. 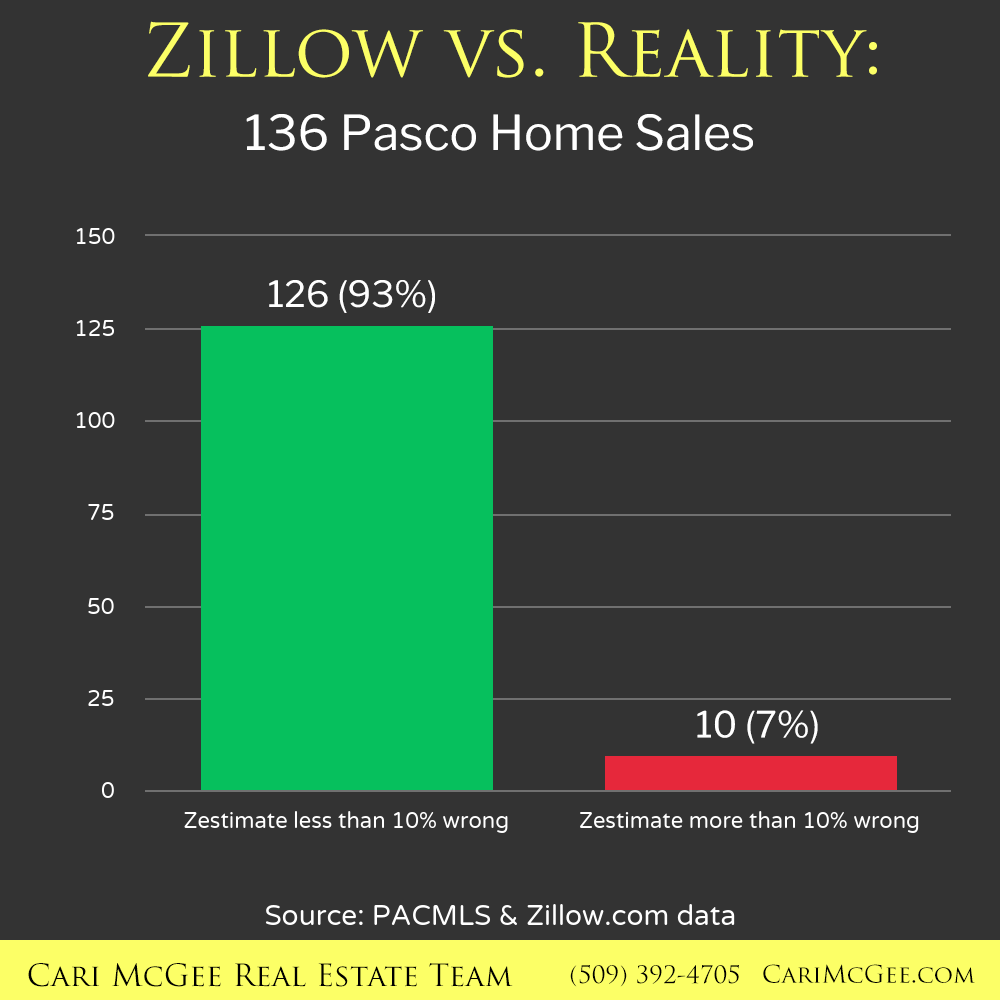 2 percent of all Pasco Zestimates were at least 20 percent off. 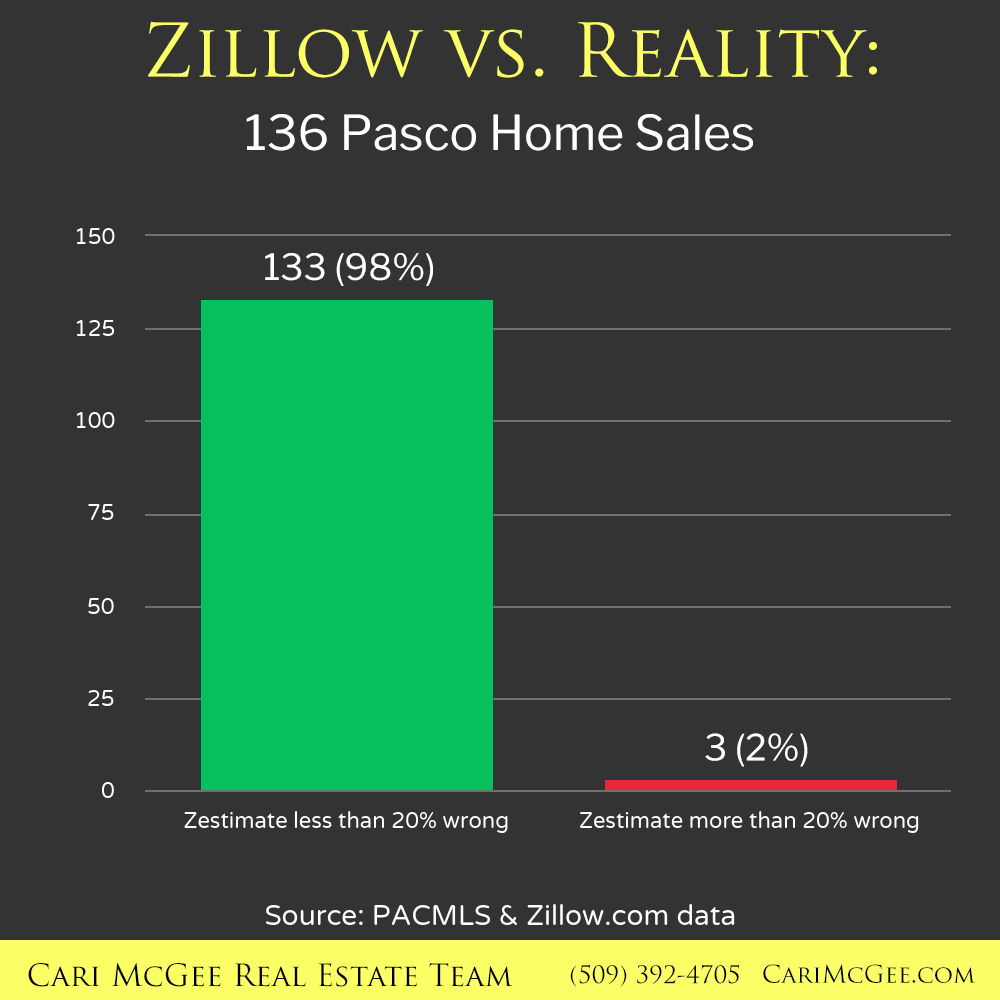 We can also look at the accuracy/inaccuracy of Zestimates in terms of how many dollars they were off when compared to the actual sales price.

On the flip side: 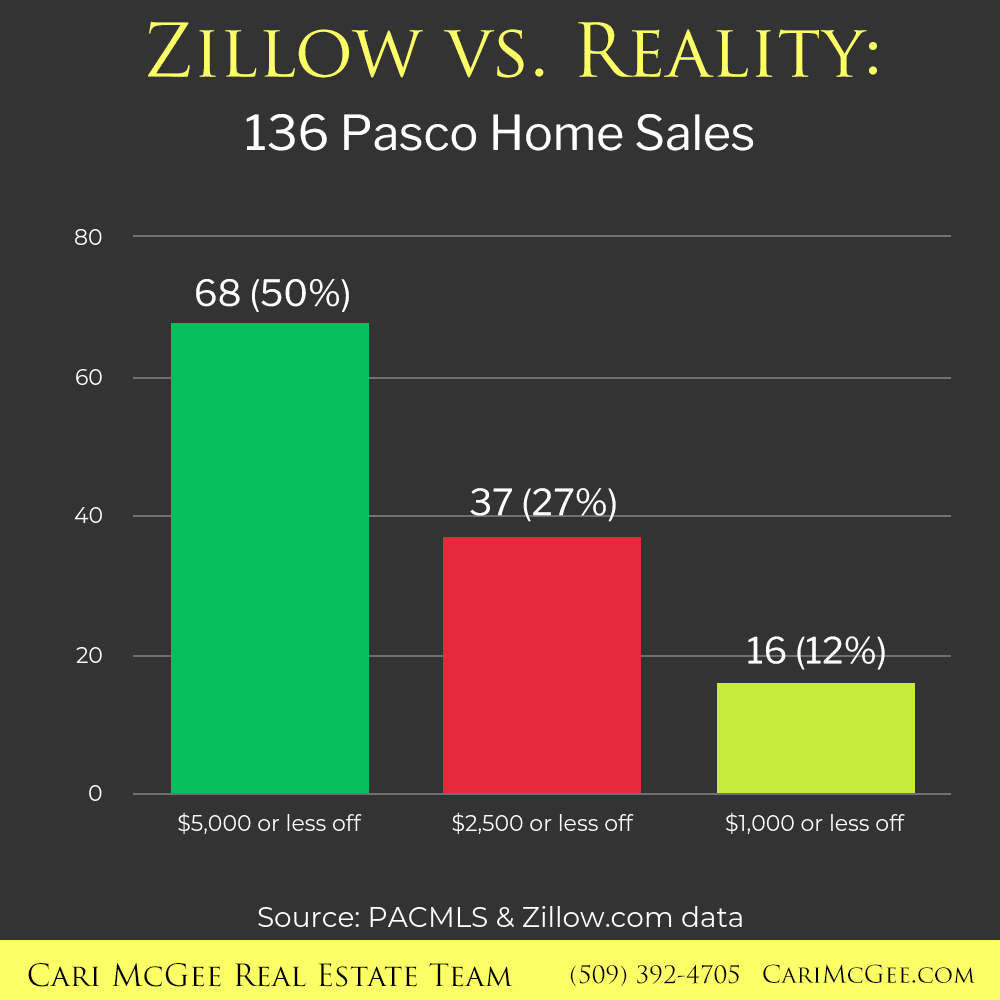 Among the 126 Pasco home sales/Zestimates we recorded, the most egregiously wrong Zestimates were:

The least inaccurate (or most accurate) Zestimate was a home that sold in April for just $37 more than the Zestimate.

The Zestimates for Pasco homes don’t show any clear trends. The percentage of Zestimates that were wrong by at least 5 percent dropped by about half between February and May, but Zestimates at least 10 percent wrong more than doubled.

(Note: For monthly trends, we’re not including January and June because we don’t have a full month of data for either.) 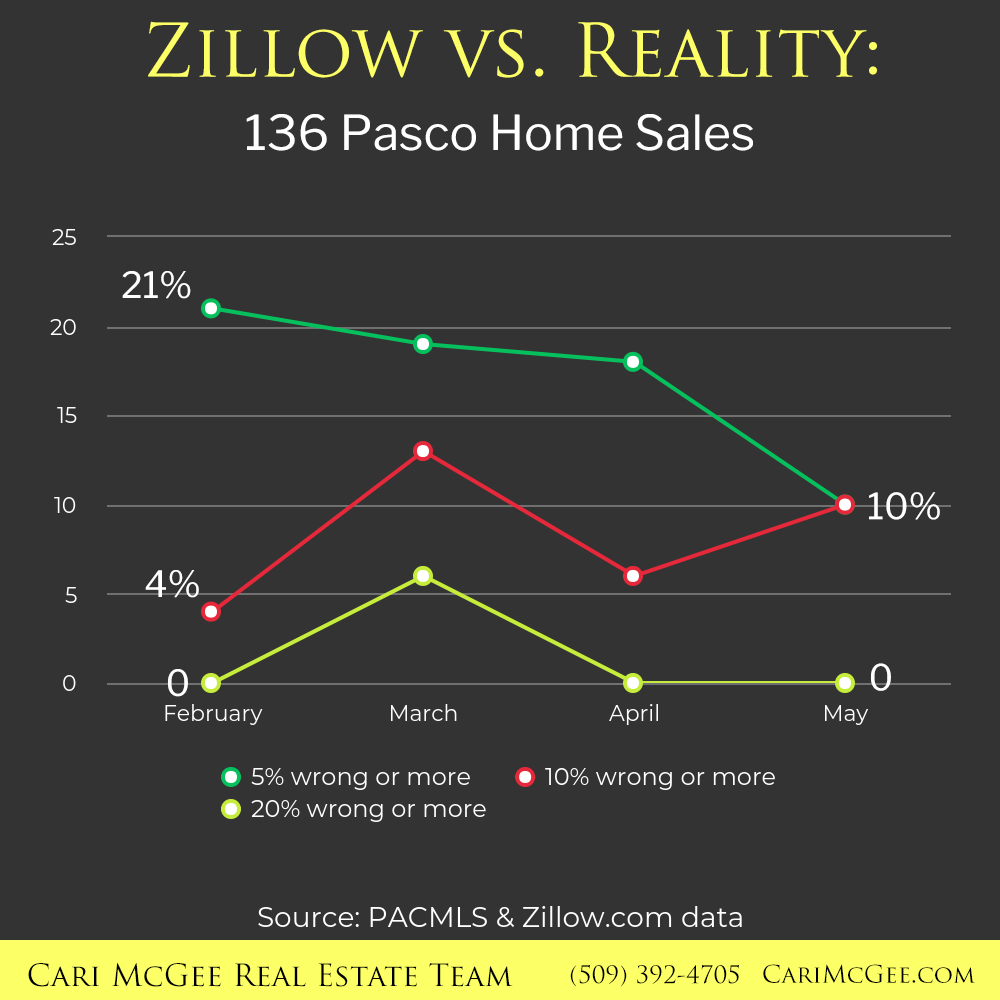