In addition to breaking out our data geographically, we also studied the impact that a home’s real value has on Zestimate accuracy. Between January 16, 2019, and June 14, 2019, we recorded 532 home sales in the Tri-Cities. The data below reflect all Tri-Cities home sales that we tracked.

We previously showed that the median error rate of Zestimates in the Tri-Cities is 5.6 percent, that Pasco has the lowest median error rate and West Richland has the highest. But we wondered how the error rate changes across different home value ranges.

Based on our research, Zestimates are significantly more accurate in what we would consider the lower mid-range of Tri-Cities home prices. Homes that sold for between $225,000 and $299,999 had a median error rate of 3.3 percent — meaning the Zestimate for half of those homes was within 3.3 percent of the sales price. 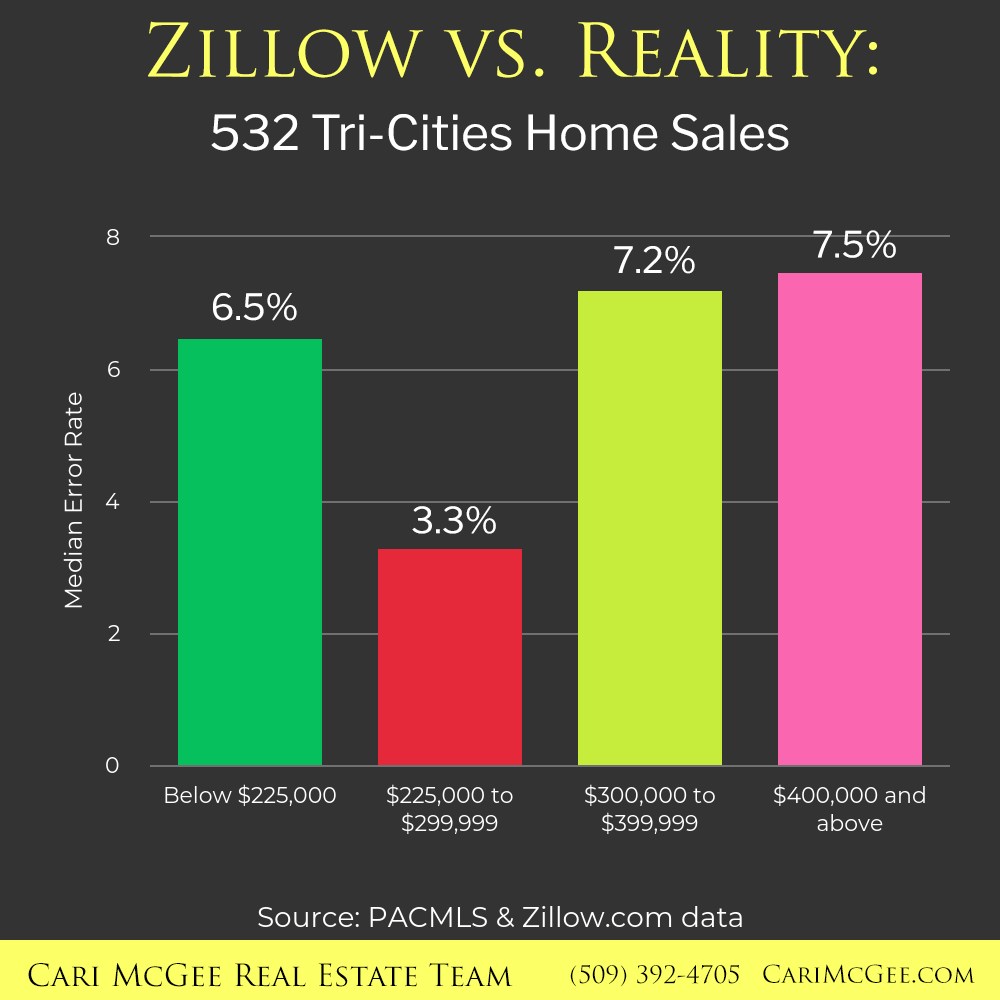 Are Zestimates Too High or Too Low?

There was not a significant correlation between the sales price of a home and whether its Zestimate was too high or too low. Based on our research:

On its website, Zillow measures how many Zestimates are more than 5, 10 and 20 percent wrong. We’ve done the same thing with our Tri-Cities data, presented here based on home value. 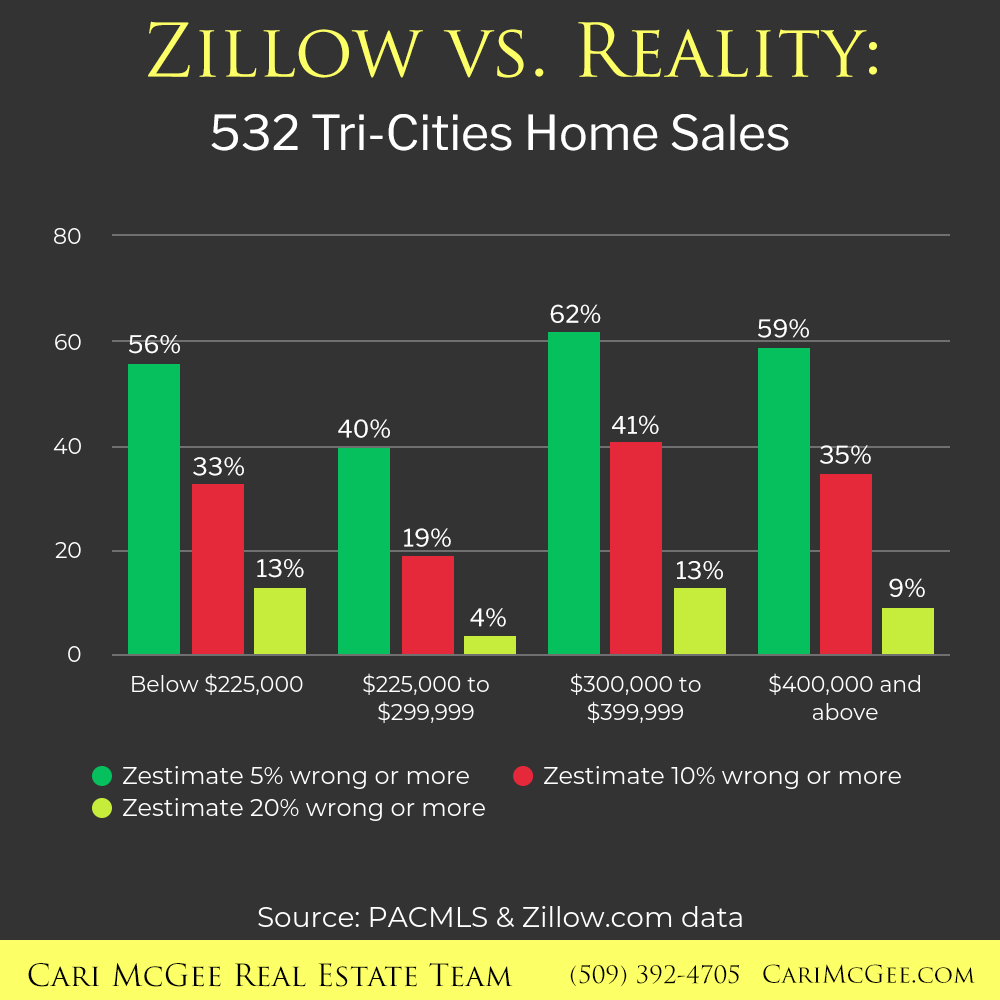 (Note: percentages in each price range add up to more than 100 percent because a home with a Zestimate that was 20 percent wrong is counted in each column.)

When we look at how many Zestimates were within $5,000, $2,500 and $1,000 of the actual sales price, we see more evidence that Zestimates are less accurate as home prices go up.

Based on our research, homes that sold for less than $300,000 were more likely to have Zestimates that were within a few thousand dollars of the sales price. 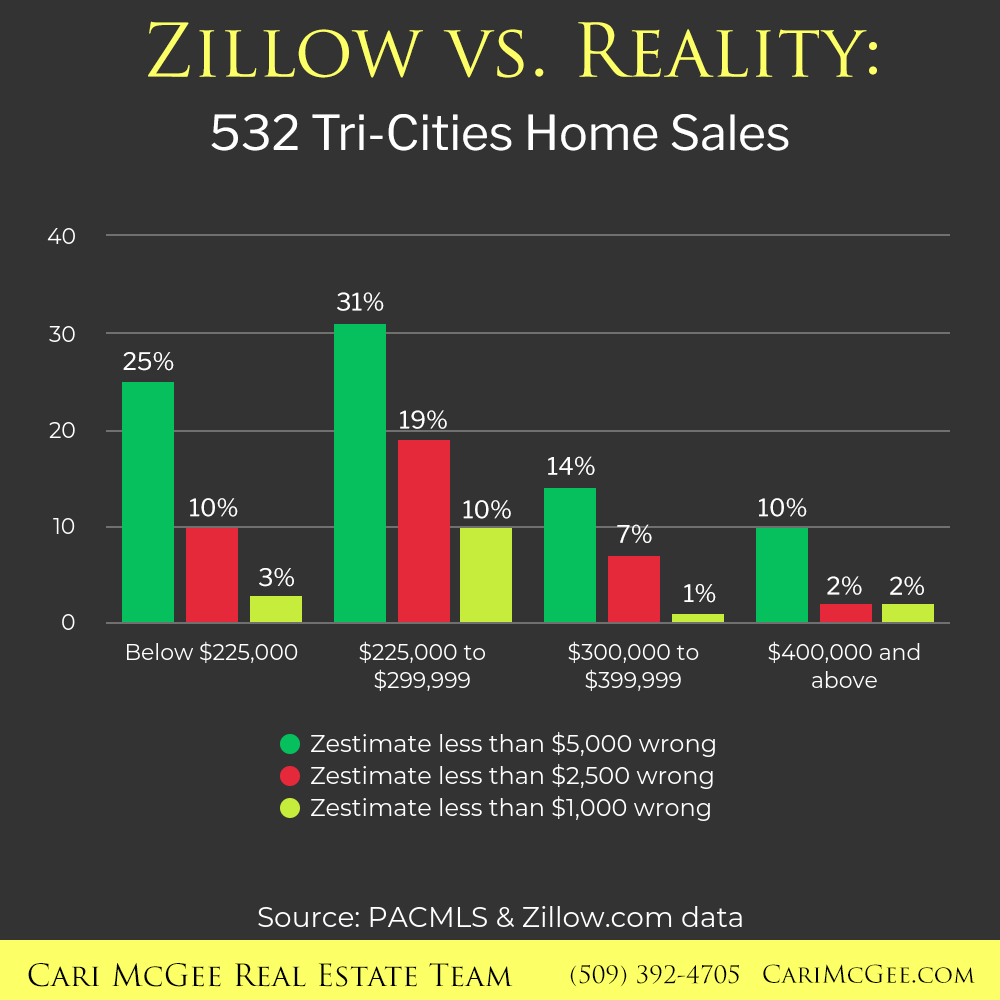 By comparison, only a small percentage of homes that sold above $300,000 had Zestimates that were within a few thousand dollars of the sales price.