What Cities Make Up the Tri-Cities?

By Cari McGee in Tri-Cities, WA with 0 Comments

If you already live here, you might wonder why I’d do a blog post about what seems like a simple question. But stop and think for a second. It’s a little more complicated than it seems on the surface, right? When we talk to people from out of town who are thinking about moving to the Tri-Cities, this sometimes creates a bit of confusion.

I happen to live in West Richland, which has its own boundaries, its own government, its own police department, etc., and is separate from the City of Richland. Still, we all consider West Richland to be part of the “Tri-Cities.” Even further to the west is Benton City. Same deal: its own boundaries, its own government, etc., but it’s part of the Tri-Cities as far as we’re all concerned. Burbank is attached to Pasco and Finley is attached to Kennewick. So they’re part of the Tri-Cities, too. This is what the area looks like. 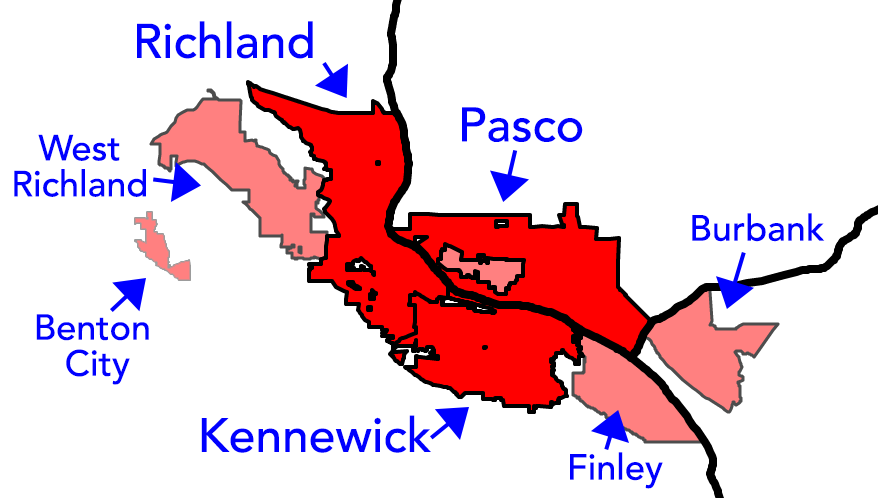 Making things a little more complicated is the relationship between Richland and West Richland. Namely, they share a school district. The Richland School District serves both Richland and West Richland. It’s the only relationship of its kind in the Tri-Cities; all the other smaller towns/cities (Benton City, Burbank, and Finley) have their own school districts.

So, as you can see, the answer to “what cities make up the Tri-Cities?” is a little more complicated than it seems.