Using Homes Like an ATM? Let’s Compare 2008 and Now

By Cari McGee in Mortgages with 0 Comments 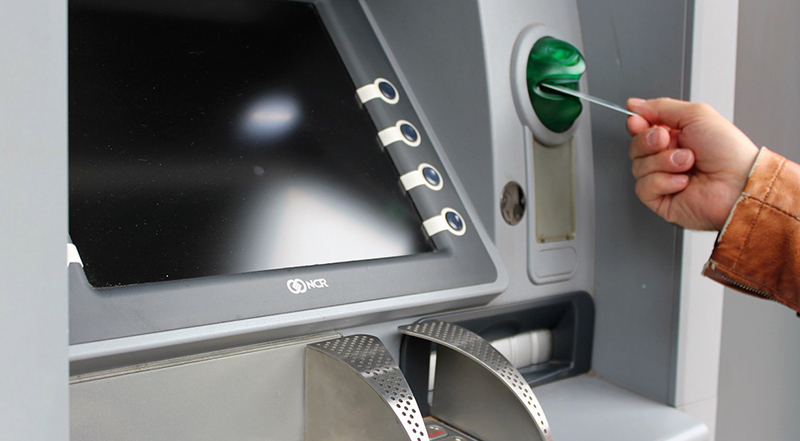 Home prices have gone up nationally over the past six years, which means more home equity for owners. Some are comparing the current market to what happened in the years leading up to the real estate crash of 2008 (which didn’t have anywhere near the impact here in the Tri-Cities that it did nationally) and are afraid that we may be repeating last decade’s mistakes.

But a closer look at the numbers shows that homeowners are being much more responsible with their home equity this time around.

When real estate values began to rise last decade, a lot of people treated their homes like personal ATMs. Homeowners would refinance their houses and convert their equity into instant cash (these are what’s called a “cash-out” refinance). Because homes were appreciating so quickly, many homeowners tapped into their equity multiple times.

The problem? This left homeowners with little-or-no equity in their homes. Then, when prices started to fall, many homeowners found themselves in a negative equity situation — i.e., their mortgage amount was higher than the value of the home. And some homeowners stopped paying their mortgages altogether when they realized that there was no value left in their homes.

That started a domino-like effect. Banks eventually foreclosed on those homes. The foreclosures drove prices down even more. And that put more homes in the negative equity category. This cycle continued, leading to the worst housing crash in almost one hundred years.

Again, Americans are seeing their home equity grow. Today, more than 48 percent of all single-family homes in the U.S. have over 50 percent equity, and yes, some families are tapping into that equity. However, this time around, homeowners are not making irresponsible decisions. According to the latest information from Freddie Mac, the total equity being “cashed out” is a fraction of what it was leading up to the crash. Here are the numbers: 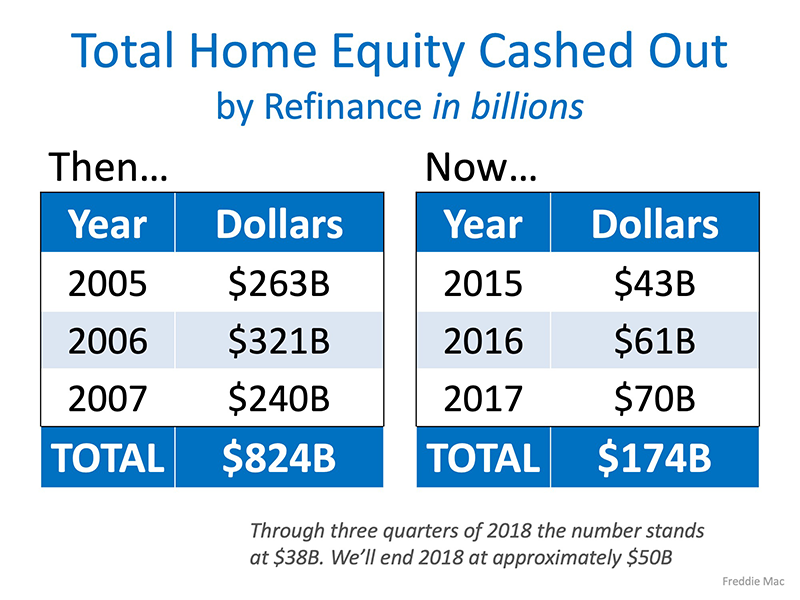 The recklessness that accompanied the build-up in equity prior to the last crash does not exist today. That makes this housing market much more secure than the one we had heading into 2008.