Ever Hear About The Trophy Agent in Real Estate? 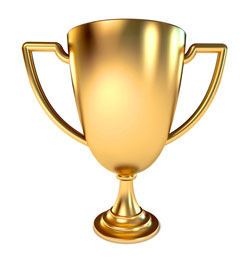 You know what a “trophy wife” is, right? It’s the second (or even third or fourth, but most often, second) wife of a man who originally married someone else but re-married when he became wealthy, or powerful, or well-known in his professional field. She is usually beautiful and younger than the first wife, and is considered to be a status symbol for the husband. You know, “Look what I can have as a wife … this hottie wants ME.”

Politics and first-wife grumblings aside, it’s useful you know this term before reading this blog post. Because there IS such a thing as a trophy agent.

It’s preferable to be the Trophy Agent, because you’re the one who gets a house sold, even though the first agent did a ton of work to sell that house. In so many home sales, it’s just a matter of time.

Being the Trophy Agent

I’ve been the trophy agent. I took over a listing after another agent had it for more than 300 days. It was listed at $219,900 and when I signed the listing agreement with the homeowner, we agreed that I would list it at $190,000. I was to take over the listing about a week after I signed the paperwork with the seller. The original listing agent heard about the new price I’d be listing it at and promptly changed the price to reflect the new price. I was a little upset, but just waited. The day the other agent withdrew the listing so I could list it, I spoke with the seller and explained that the last agent had stolen some of our thunder. I had wanted to present it on the market as a new, fresh property, with a price to match. Would he mind going to $185,000?, I asked. He agreed and I listed it for sale at that price.

Twenty-six days later, we had an accepted offer and the sale closed three months later. And that’s an example of when I’ve been a trophy agent. The other agent had worked hard, held Open Houses, marketed the property in print and online, talked it up to others, etc. Part of why I was able to get it sold was simply because the sellers were EXHAUSTED. I was a fresh face. I suggested the price it should have been priced at in the beginning, and the buyer just happened to come along while I was the listing agent.

Being the First Agent

I’ve also been the first agent, thrown aside in favor of this fresh, young thing that comes waltzing in to a seller’s life. I’ve shown the property to prospective buyers, marketed in print and online, held hands with them while they rejected the first offer they received, and asked the seller to reduce the price because that’s what the market was suggesting, only to be dismissed when the listing contract expired. Then another agent comes along, and the seller listens to that new, fresh face, because they’re tired of hearing it from me, and the house sells. Heavy sigh.

I’m certainly not discounting the skills a Realtor needs to sell a house. It isn’t all about which agent brings the good juju with him or her. It has to do with presentation, pricing, marketing, and negotiations. But you know the old saying about how when the student is ready, the teacher will appear? When a seller is ready to hear the truth about their property, the agent will appear. Only sometimes, it’s not the agent they’ve been working with all along.