By Cari McGee in Real Estate Industry with 0 Comments

What an interesting year! No federal tax credit, record-low interest rates, and a booming Tri-Cities economy combine to create an fascinating picture. 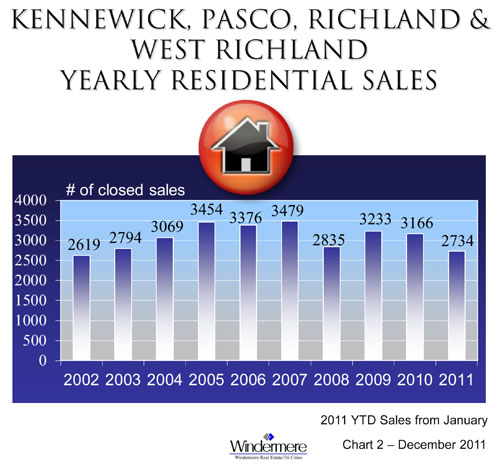 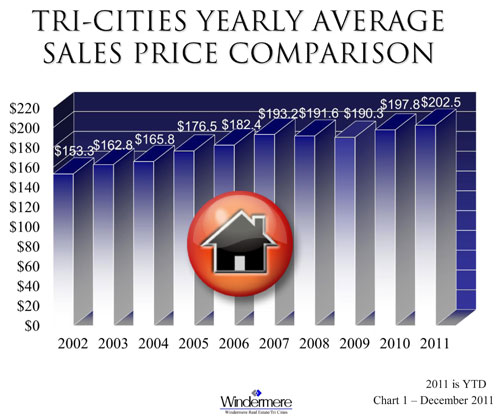 Demand was low last year, supply was steady, and prices went up.  That means appreciation for our market.  Any year with houses selling for more than the year before is a good year.  Also, when it’s a nice, solid appreciation of 2%, that’s very good news. It means the market isn’t getting ahead of itself and there isn’t runaway inflation happening.

Take a look at all the stats for yourself, and call me if you have any questions about any given graph.  And happy 2012!