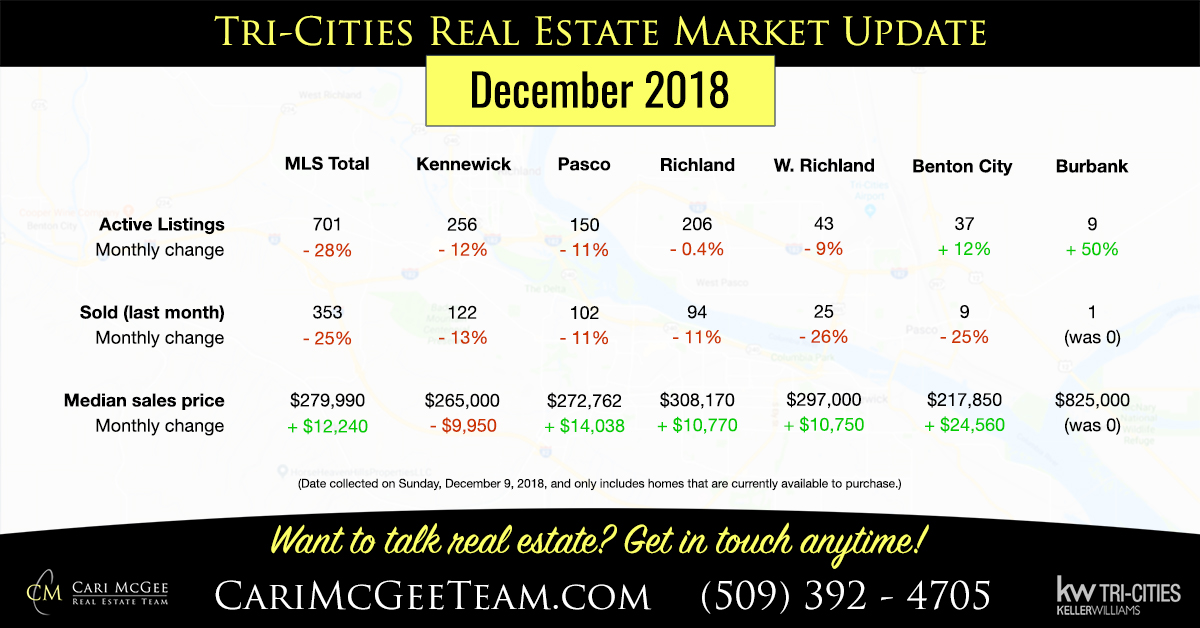 First, let’s talk about prices. Look at the change in the median sales price between October and November! Overall, for the six cities we look at in this market snapshot, the median sold price increased by more than $12,000.

Second, let’s talk about inventory. For the fifth December in a row, the number of available listings is under 1,000 units. From January 2004 through November 2014, there were always at least 1,000 homes on the market. The exceptions to that happened in late 2009/early 2010 and late 2010/early 2011 — but even with those dips, spring brought an increase in inventory back to “normal” levels in both 2010 and 2011. The law of supply and demand is doing its job here, and prices are increasing as supply levels remain low.

As always, you can call/text anyone on our team for help deciphering all the housing stats here in the Tri-Cities.