Why the Real Estate Appraisal System is Broken 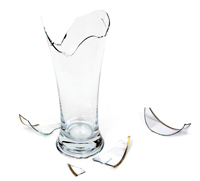 There are a lot of decisions that are made that don’t affect me.  Laws are passed every day about men or children or people who live in Missouri, and because I am not a man, or a child, or a Missouri resident, that law doesn’t affect me.

So, when the Home Valuation Code of Conduct (HVCC) was enacted last year,  I didn’t really think about how it would influence my life and my job. The HVCC has to do with appraisals (read more specifics here).   As a Realtor, appraisals influence my livelihood, but not my life.

How Appraisals Used to Work

Before the advent of the HVCC, when a lender needed an appraisal, he or she would call from a list of appraisers that they knew, that they had likely worked with before, and were confident in their ability to do an accurate job.

Of course, that system wasn’t perfect, either. I’m certain there was a fair amount of, “Hey, buddy, make this one come in at value and I’ll send you the next ten.”  In fact, the government was so sure that that sort of thing was happening that they created the HVCC and decided to overhaul the whole system.

Now, when a lender needs an appraisal, he or she submits an appraisal order to the AMC – Appraisal Management Company.  The AMC assigns the appraisal to the next appraiser in line for a job.  Here’s where it gets interesting –

1) the appraiser may not be from our market.  In a business where everything is local, that makes no sense whatsoever.  In order to properly evaluate the current value in a market, one needs to be a part of the market.  They need to work in that market every day.  They need to watch the local news and read the local papers and talk with local friends regarding things like the current employment situation, and the impossibility of obtaining a rental, and how each of our local school districts geared up for more students this year.

2) the appraiser may be a lousy worker who gets a job simply because he or she is in the lineup (like being the ugliest girl at the bordello, she still gets clients just because she’s there).

I have a hunch I encountered #2 yesterday when I received a call from an appraiser to open a house my clients were buying.  Now, usually, an appraiser calls the listing agent but I was his only contact person and  I CAN let an appraiser in a house.  There’s nothing wrong with that.    Then he said he didn’t have a copy of the purchase and sale agreement and could I send it to him.  O-kay, again, nothing inherently wrong with that, but usually they have that already, provided by the bank.  Finally, he asked me for comps.  Comps are comparable property statistics that are the data appraisers use to determine value.

I look up comps all the time, when I am the listing agent for a property.  In the past, I have helped appraisers find comps that help support the price of my listing.  But as the buyer’s agent, that’s not what I do.  The main reason is as follows –

Say I am representing buyers purchasing a home for $100,000.  They need to obtain a loan so the bank sends an appraiser out to determine the value of the home.  The appraiser’s job is to make sure that there is enough value in that home  so that in the event the buyers default on their mortgage, the bank will not be left holding on to a property worth less than what they loaned on it.  Now, if I represent the buyers, I want them to pay as little for the house as possible, right?  And so, if the appraiser asks me for comps, I’m going to find comps that support a lower price to the house, then the bank will loan less and then the seller will have to sell for less in order for the deal to still go through.

That’s not right.  It’s just on the verge of being unethical, so I’m not treading there.  No way, no how.

So he asked me for comps.  “But I’m the buyer’s agent,” I managed to spit out, incredulous that I was having this conversation. “Yeah, the more the better.” he replied, and hung up.

Again, because I represent the buyer, I need to be nice to the appraiser.  We don’t want him to be ticked off and raise the price unduly.  So, the next day when I met him at the house I gave him the listing agent’s name and phone number and said, “I think when you asked me for comps you thought I was the listing agent, and I’m not, but here is her name and phone number.”  He said, “No, I knew, but whatever…”

In case you were wondering, I found it really difficult to not grab the guy by the shoulders and shake him until some sense found its way into his brain.

Now we get to the point of this post.  BEFORE the HVCC, this guy wouldn’t have had many jobs AT ALL if he’d behaved in this way.  He would not have been on any lender’s list of people to call.   Now, because you get a job just for having your name in the hat, this guy’s got work to do.

There were lots of problems before, obviously.  We have a HUGE foreclosure problem in this country, and that was, in small part, caused by unethical appraisers who saw value that wasn’t there.  I get that.  But solving it in the way they did -by creating an overseeing agency that sends out someone with a pulse is no better than when we used to give a loan to anyone with a pulse.

The appraiser I encountered has a job and keeps getting assignments even though he’s lazy.  This reflects a larger problem.  An entity has been created (HVCC) that gives jobs to people.  There are now people who will no longer TRY to do a good job.  Why should anyone try harder as long as they’re getting paid?

In trying to fix the old problem, we created new ones that threaten to overshadow the scale of the former one.  Nice.  Really nice.