By Cari McGee in Miscellaneous with 0 Comments 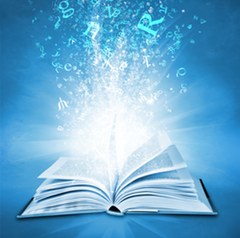 Back to a regular, slice-of-life-in-the-Tri-Cities post, as opposed to a real estate-related post… About a week ago, I felt like I hadn’t been spending any time with my kids.  I had worked all weekend, until late, then out the door first thing Monday to work late again every night through Wednesday.  Finally, on Thursday evening, I suggested I read aloud to them.

My nine-year-old daughter was all for it.  She wondered what we would read.  I suggested The Great Brain or The Phantom Tollbooth.  She said she hadn’t heard of either of them but that it will be “cool to know about new books!”  If you’re a reader, or spend any time with readers, you’ll now that hearing that from your child is one of the greatest things you can hear (it’s right up there with “I’ve decided to not drink until I’m 21.”, “I think it’s best to save sex for marriage.”, and “I think squabbling with a sibling is a very immature thing to do.”).

We decided on The Great Brain by John D. Fitzgerald.  I prefaced it by saying I had found out about the book from my childhood best friend, Jennie.  Jennie always used to call me “The Great Brain”.  Not because I was a mercenary little bugger (like the main character) but because she thought I was extremely smart.

The story begins with the installation of the very first flush toilet in the town.  The story continues with people getting into fights, someone losing his lower leg to gangrene, the subsequent suicide attempt of said legless boy, children lost in caves, and both racial and religious prejudice.  Hardly the delicious, carefree romp of my childhood, much less the childhoods my kids are experiencing.

But isn’t that the entire point of reading?  To learn from other people’s experiences so you don’t have to suffer a similar fate? I therefore chuckled when I read the following on a librarian friend’s Facebook status –

I promptly weighed in that my kids were reading about gangrene, etc.  I mean, for crying out loud, people!  Life happens, and we read about it happening to other people so we can become somewhat inoculated if something similar happens to us.  Not that I would suggest my children frame a school teacher who had mistreated them, as The Great Brain does, but you got to give the kid props for being creative (not really, reputation is not something to be messed with).

My point is, The Great Brain, and a whole host of other kids’ books, are like the low-tech, old-fashioned version of Celebrity Rehab.  Part cautionary tale, part immersion in a life you’ll (hopefully) never know.  And we’re richer for the experience, I say.

(Stock image via Shutterstock and used with permission.)