How to Make Money Four Months out of Twelve

As part of my 10th anniversary series (I celebrated a decade in real estate on January 5th of this year), I went looking for, and found, my 1099 for my very first year in real estate. 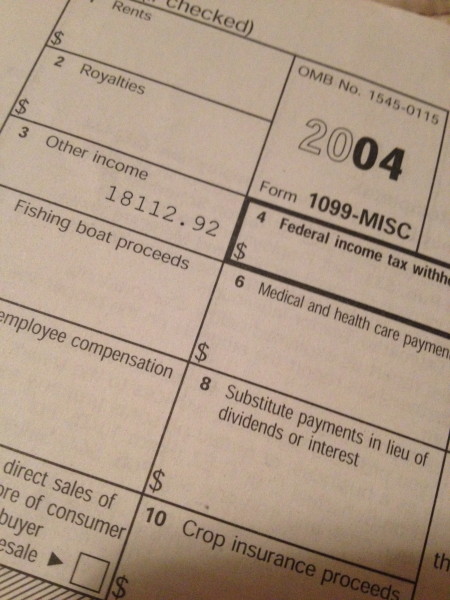 Attached to that form is a Statement of Earnings and Deductions for each of my sales that year. My very first paycheck in real estate totaled, $457.63. Oh my gosh!!! The gross commission earned on that sale was $1950.00, after four months of office expenses and with my split at 58.8%, I netted $457.63. Goodness! I wonder why I stayed in the field!

I also see that I received paychecks on May 3rd, June 21st and 29th, July 7th, and August 18th, 19th and 31st. AND NO MORE FOR THE YEAR!!! Four months without earning a penny, four months where I earned over $18,000, and then four more earnings-free months. No wonder my husband was demanding a new career for me early in 2005!

Yesterday, I showed a house to a couple. They’ve outgrown their old house and it’s time to move to something larger, with more storage space, and distinct areas for how families live when there are teenagers in the house and privacy becomes a commodity. I had already shown them another house, and went on to show them more. But the minute they walked into this particular home, they knew it was THE ONE. They crossed the threshold and I saw the look I’ve seen dozens of times, and yet never grow tired of seeing. It’s a dreamy-eyed look of hope, and possibility, and plans coming to fruition. Some people show it less than others, some people broadcast it across their faces. But it’s something buyers have in common and it never fails to make me smile.

And I think that’s why I didn’t give up after that first year. It’s why I’m still doing this ten years later. When you can usher someone into the first stage of a dream, why would you choose not to?