I feel like a broken record.  I’ve been saying to the sellers I represent, and to others to whom I’ve presented marketing proposals, that the inventory is increasing, demand is staying steady, and that means prices are going down.

When I say inventory is increasing, I mean more houses are coming on the market.  Interestingly, inventory is actually returning to pre-2008 levels – which might actually be called “normal”.  But if something stops being one way for almost three years, but then returns to how it was before, can you call it normal anymore?? 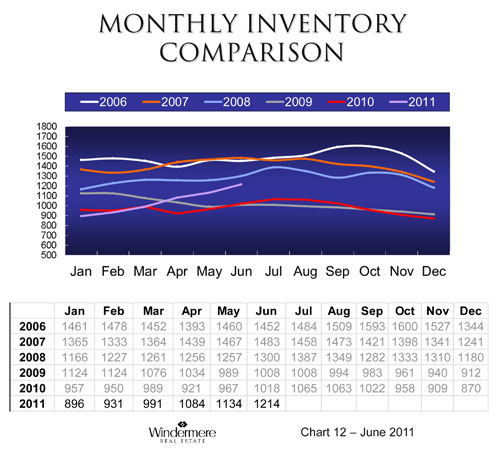 However, the amount of homes actually being sold is staying relatively steady.  June ’11 saw 16% more homes sell than May, which is consistent with ’09 and ’07 figures. 2010 is again an aberration, and ’08 was off because the economy was just about to turn downward. 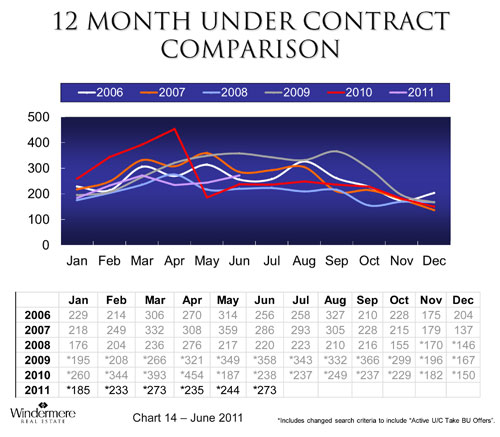