My husband, Matt, and I are building our new home. This is the eleventh in a series of who-knows-how-many. I’m writing from the perspective of a buyer, and an agent, since I am both in this case. 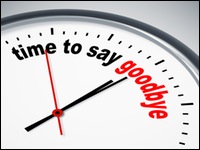 Actually, I think this is the last post on this subject!  Eleven posts and six months later – we’re in our new house!  This last post is about the closing process.

We were involved in what is called a “simultaneous close.”  The house we were selling needed to close in order for the money to buy our new house to be available.  I had complete confidence in our lender, Dan.  I was not as enthused about the lender loaning the money on the home we were selling.  The buyer was using a lender with whom I’ve dealt in the past.  He hadn’t done anything wrong in those transactions, he just wasn’t someone I preferred working with.  Hat’s off to him, though, because when he learned that there was a strict timeline that needed to be followed, he made it work.

My husband and I signed our paperwork to sell and purchase on March 1st.  The new house became officially ours on March 5th.  Fortunately, we had arranged to rent our old house back from the buyer/new owner for a couple days so we could have the time to move out and have it professionally cleaned for her.  We couldn’t begin moving in to the new house until we actually owned it, and we couldn’t own it until we didn’t own the old house any longer.  It was a nutty two days – rushing here and there, making countless drives the two miles between the old and new houses.  Thankfully we had friends who helped us move and we paid them with the traditional pay-back meal of pizza and beer/soda.

Our last night as renters of 5044 Blue Heron (the old house), Matt ran back to leave the garage door openers, a rent check, and pick up a stray item or two.  I was in the new house, organizing and unpacking and shuffling the kids off to bed.  It seemed like he was gone for a very long time.  I wondered what could be keeping him.  I knew he knew the way.  He had five minutes work, max, to do at the old house.  He had his mobile phone with him, so if he had had trouble, he’d have called.  I waited and waited.

Finally, he drove home and told me what had happened.

He’d walked into the place we’d owned for thirteen years.  It was sparkling clean and not a trace of “us” was there.  He said he felt kind of strange, sort of unsettled.  He set the check and the garage door remotes on the china buffet (we’d left it for the new owner), and walked briskly to the bedrooms to make sure everything was gone and the lights were off.  He told me that as he had flipped the light switch in each room, memories flooded over him.  He remembered our son sleeping through the millennial New Year’s Eve party (after all, our boy was only 2 at the time!).  He remembered giving our daughter Albuterol treatments when she was recovering from pneumonia.  He remembered the day his book arrived on our front step from the publisher.  He remembered the extraordinarily hot July 4th when we brought our tiny puppy with huge paws home.  He remembered so many, many things, he actually became choked up and fought back tears.

His story made me realize that a house is so much more than walls and floors and a roof.  Even when no “thing” remains, the memories hover about.

If you’ve read parts 1-11,  thank you!  Any questions about the home buying process?  Please e-mail me, or ask in the comments section.

I hope you’ve enjoyed reading about this as much as I enjoyed living through it. Yes, it was stressful, but so worth it in the end!