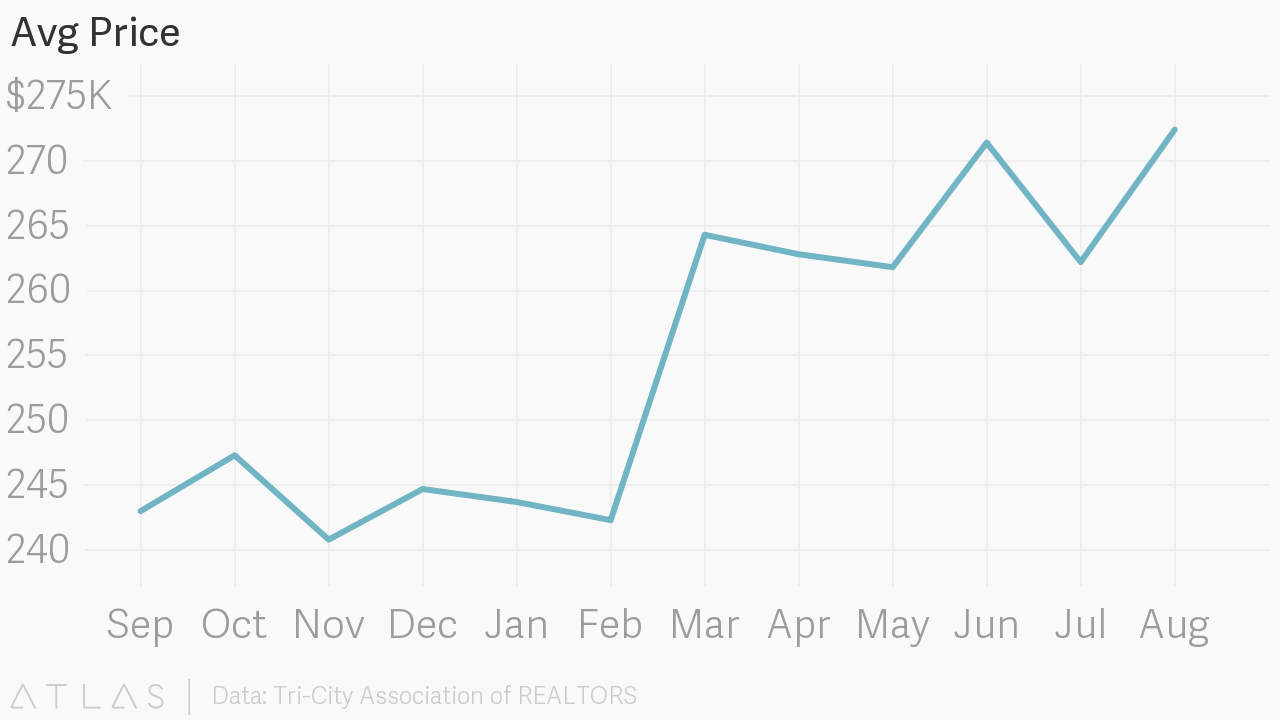 This is pretty cool: Last month, the average sales price of a home in the Tri-Cities area was $272,400! That is the most it’s been since the Tri-City Association of Realtors began recording this kind of data in 1993!

What’s also interesting is that inventory went UP in August to 680 available units. The last time we had that many houses on the market was November of 2015! At that time, it was part of a downward trend. We reached the nadir of that trend in February of this year with only 386 houses on the market. Perhaps driven by that low, the average home sales price jumped by about $20,000 the very next month! It’s risen even higher since then.

September’s stats will show us more about pricing and inventory. Will the increase in supply result in a lower cost? Is there going to be an increase in supply, or is this a blip? Traditionally, our market sees an increase in homes for sale in May/June and a decrease in October/November. Will we see another rise this month only to see the customary dip later in the fall? Stay tuned!